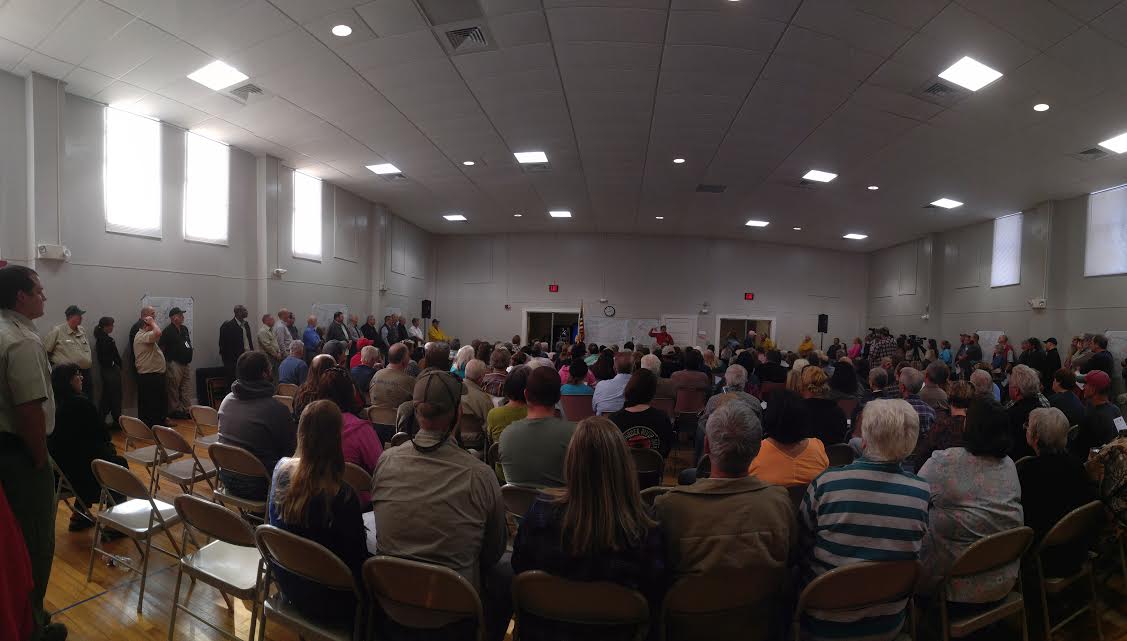 It was standing room only in Southwestern Community College’s Swain County campus on Sunday afternoon for a public meeting held by the United States Forest Service on the wildfires burning in the Nantahala National Forests. Incident Commander Mike Dueitt headed up Sunday’s meeting and after being asked by a member of the audience when an end could be expected, Dueitt informed the crowd that it could be months.

“It would take an inch and a half of rain to get any relief for what we have burning today,” said Dueitt. “Right now, based on the forecasts and all the maps we have seen from our meteorologists, that could be mid-December, and even then it may not be enough. It could be March before it is all really over.”

The public meeting provided an update on all of the fires burning in WNC, which as of Sunday afternoon, topped 24,929 acres impacted. The largest fire in the region is the Tellico Fire which is 33 percent contained and is burning 13,676 acres. The Tellico Fire is now comprised of the original Tellico Fire and the Ferebee Fire, which were combined on Sunday morning around 7 a.m.

As of Sunday, there were 20 crews, six helicopters, 50 engines, 10 dozers, four water tenders, and 757 personnel working around the clock to contain the blazes destroying the mountains. A ten-mile stretch of U.S. 19/74 in the Nantahala Gorge is closed and based on representatives with the North Carolina Department of Transportation, the road will remain closed until further notice.

Evacuations in Macon County that were issued for Deweese Road and Partridge Creed Road in the Nantahala Community were lifted on Sunday and those residents were permitted to return home.

“We are so grateful for the folks with the forest service and for our local volunteers working non-stop to fight these fires,” said Commissioner Corbin. “In addition to the State of Emergency declared by Macon County and the Town of Franklin, we are grateful for the Governor’s office declaration and work to get access to FEMA funding that will help us rebuild after these wildfires.” 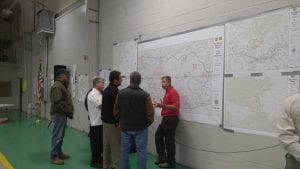 The group were given a briefing by Dueitt ahead of the meeting in Swain County. Dueitt assured the group that the counties in WNC have made every effort to assist the US Forest Service in their work and boasted about the generosity of the community. Dueitt also noted that work is being done to provide a reward for information leading to the arrest of the suspected arsonist who is believed to be igniting the fires.

“We have just never seen anything like this,” said Dueitt. “We have everything we need and its all because of the people in this community stepping up to offer a helping hand for anything and everything we may need. It is tremendous.” 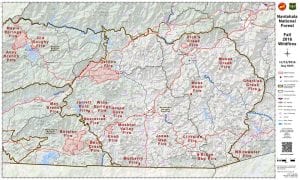 Macon County on Sunday near the Macon Incident Command Center. The food unit is staffed by an all-volunteer crew, who stand ready to deploy to disasters across the region or the nation. They are proud of the work they do and feel strongly about their mission. “Sharing God’s Love Through Word and Deed,” is their motto.

This assignment is a first for the members of this particular crew, who are more accustomed to serving disaster victims, but as Disaster Relief Team Leader Ronnie McMahan said, “At the end of the day, a fire is like any other disaster. The folks who are working the line need and deserve a good, healthy meal.”

The group will feed the firefighters breakfast, lunch, and dinner while working in and around the Nantahala National Forest Fire District.

To learn more or make a contribution to NCMO, visit ncmissonsoffering.org

Depot Street to get new sidewalk in 2021

Mike Trammel honored for 30 years of service to Macon County