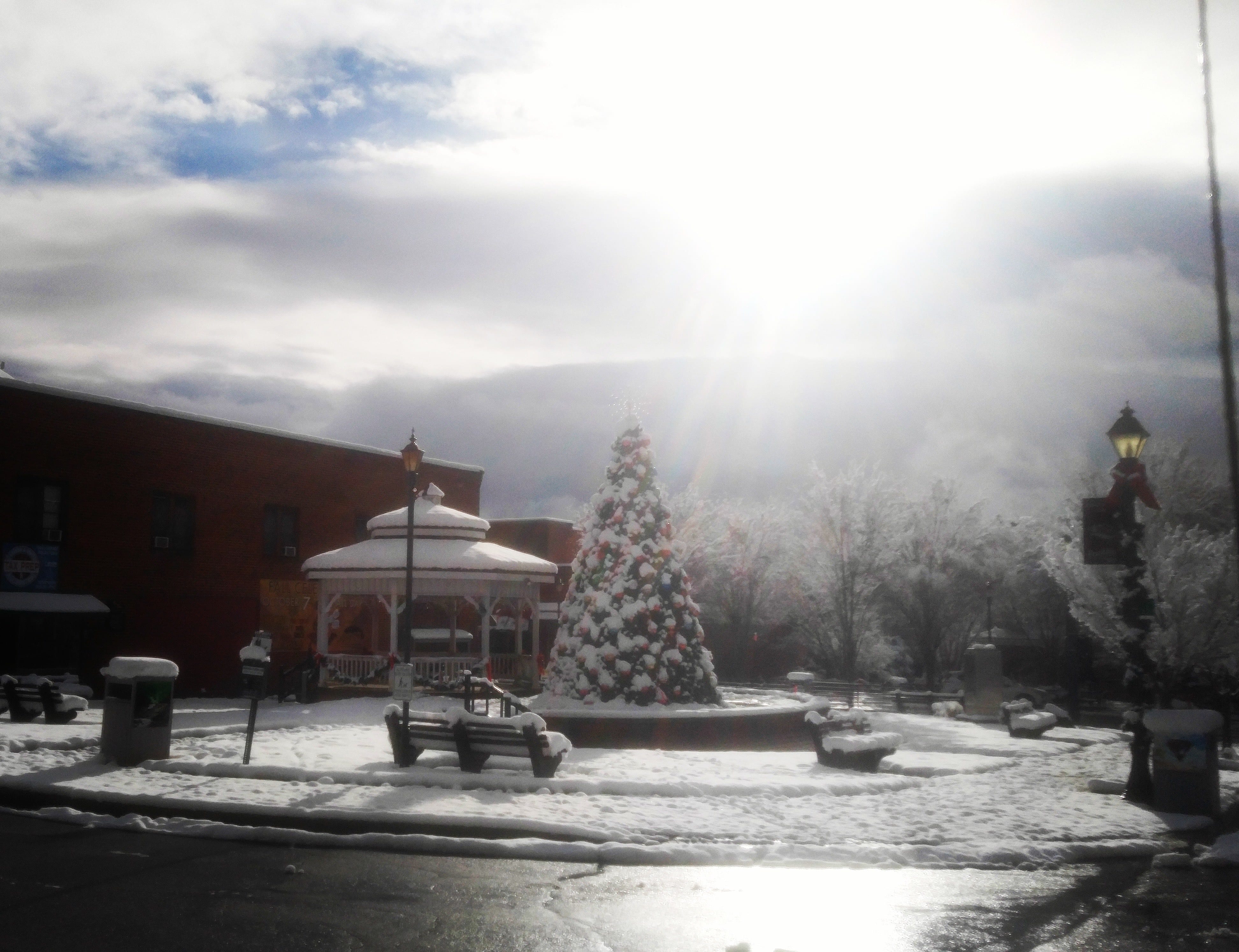 Early last week, meteorologist warned of possible snow, but early models forecasted flurries, with little chance of accumulation. As the storm approached Western North Carolina, models changed dramatically going from no accumulation to more than a foot in some areas. The quickly changing storm caught most WNC residents by surprise, leaving little time to stock up on provisions and fully prepare for the impending storm.

Last Friday, the N.C. Highway Patrol reported widespread collisions and warned motorists to stay off the roads if possible, and by Saturday morning, the DOT reported that crews were out working to clear the roads blanketed by several of inches of snow overnight.

A National Weather Service winter storm warning for much of WNC remained in effect until late Saturday. The snow continued and with the high temperature not getting above freezing snow accumulation continued to grow in the region.

Cashiers topped the charts with the National Weather Service reporting 18 inches of the white stuff, followed by Highlands with 15 inches. The Franklin area reported as many as 10 inches of accumulations in some spots.

To put into perspective the magnitude of the surprise storm, the 8.6 inches of snow reported at the Asheville Regional Airport on Friday is the sixth-highest single day total for a December storm on record.

From Murphy in the far west to the Boiling Springs area near Shelby, thousands of power outages were reported across WNC. Thousands of residents were without power as snow began to fall and remained without power throughout the weekend.

“Macon County is still feeling the effects of an early December snowstorm that has caused numerous power outages across the county. Utility crews are working diligently to restore electricity,” read the release. “Travel has improved significantly throughout the day today. Road conditions should also improve tomorrow and Monday as warmer weather arrives prior to the temperatures plunging again midweek next week. Macon County 9-1-1 does not have information concerning estimated electrical service restoration in specific areas and also please do not call 9-1-1 for road conditions. Please call 9-1-1 if you have a serious or life-threatening situation that needs immediate attention and assistance.”

www.duke-energy.com. Information for Haywood EMC can be found at www.haywoodemc.com.”

As Cabe warned, temperatures began to drop again on Tuesday, with snow flurries were seen in the county with dangers of high winds.