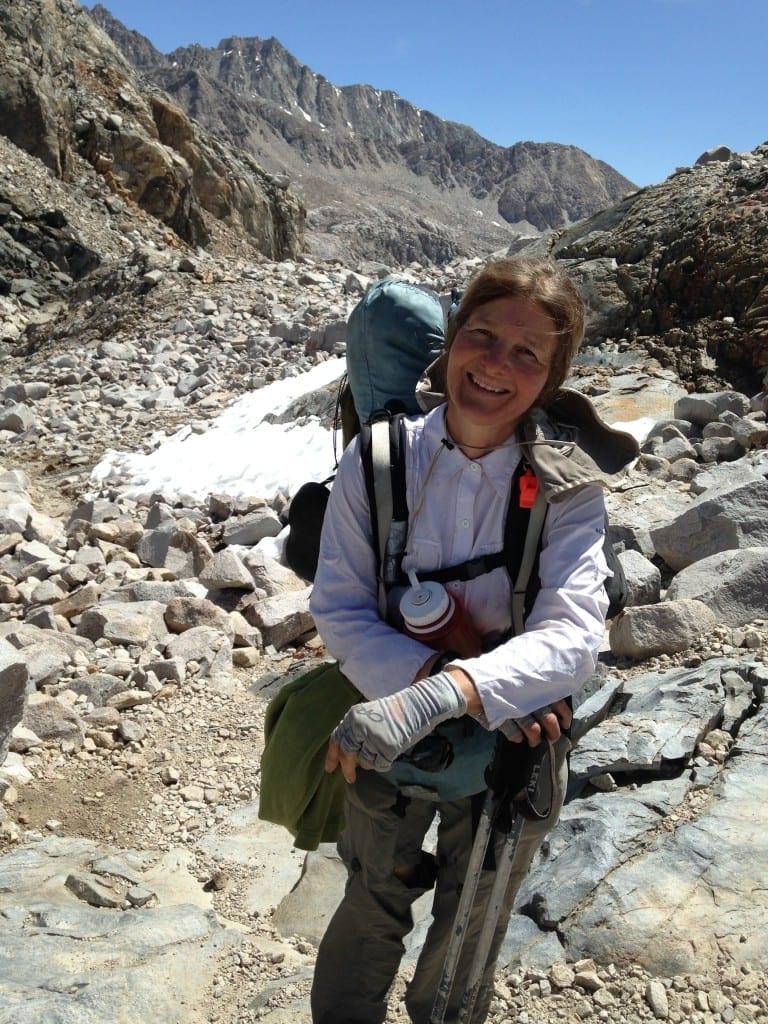 “I was telling stories in my classroom, and realized that I just wanted to be a storyteller, and go long distance hiking.”

Nancy Reeder was an elementary school teacher for 23 years. What started in the classroom became her continuing passion: to encourage teachers to tell stories to their kids. She brings her stories to the Macon County Public Library on Friday, April 8, at 7 p.m., as part of the Walking In Spring series. This program is hosted by the Nantahala Hiking Club.

“I always loved the outdoors, but never really hiked until we moved to Franklin,” Reeder said.  Due to their flexible schedules – Reeder works as a storyteller and her partner, Lonnie Busch, works as an Illustrator – they were able to pick up stakes fairly easily when they were offered a place to stay here for a season.

“We were living in Ocracoke, and came here for the summer … we decided to move here,” she said.

However, the first day they were here in 2000 they hated it.

“We were used to biking and walking all over the island. The next day we drove up to Highlands, saw all of the waterfalls. We thought it was a great place.”

The Bartram Trail and the Appalachian Trail (AT) sparked their interest in hiking in 2006. 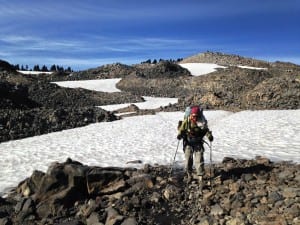 They thru-hiked the AT in 2010 and, because she likes a challenge, Nancy and Lonnie hiked the Pacific Crest Trail (PCT) in 2014.

“We started the PCT at the Mexico border in April. We hiked 2,000 miles. There were a lot of forest fires in California. Then we went through Oregon and Washington where I had some ankle issues. Last year, we went back to do all of Northern California. We made it up to Stehekin.  I fell and thought I had broken my elbow. I wanted to continue. A hiker named Doc, a physical therapist, looked at it and he said he didn’t think it was broken.”

After a lot of effort, they reached the nearest hospital, only to find out that it was broken.  With the intention of finishing the PCT, they will head back out this September.

When Reeder and Busch southbound-hiked the AT, “I learned that I can do anything. The mountains in Maine were challenging, I was scared a number of times. When we got to Old Speck, I realized I could do anything.”

Her experiences on the PCT started out along the same lines, and then moved to relationships.

“I’m scared of rattlesnakes, and the Sierras, of going up that high … I learned I had the confidence on the PCT when I was above 10K feet, with the higher elevation concerns.  As far as getting along with Lonnie, we love our routine. On the trail, when we would get to a campsite, we each knew what to do. It’s so comforting to know you have someone you can count on. You know that he wants to be safe as much as you do, and not do something stupid,” said Reeder.

At the library program, she will share a number of stories, primarily about the PCT hike. “Some of the stories are ‘No Water,’ ‘The Knife’s Edge,’ and ‘I’m Going Home’ about the arguments we had as a couple, hiking and being together all the time. It’s about getting along with others,” said Reeder.

“When you do have arguments,” Reeder continued, “you learn to know what the other person likes and dislikes, and work around them. On the AT we had arguments, but on the PCT we had fights. We learned to know one another.” She learned something else through her hiking. “Even when you’re hiking by yourself, you have arguments with yourself. ‘Did I go far enough today, get water when I should have’, all the things you have to make decisions about come up again.”

Busch rigged a GoPro camera to his trekking pole for the PCT hike. They have a 22-minute video of the 2,000 mile trip. “We’re also putting together a series of slides as part of the presentation. That will end with me sitting in the hospital, getting my arm wrapped.”

A rose by any other name … can be confusing

Record breaking turkey to be displayed at national convention