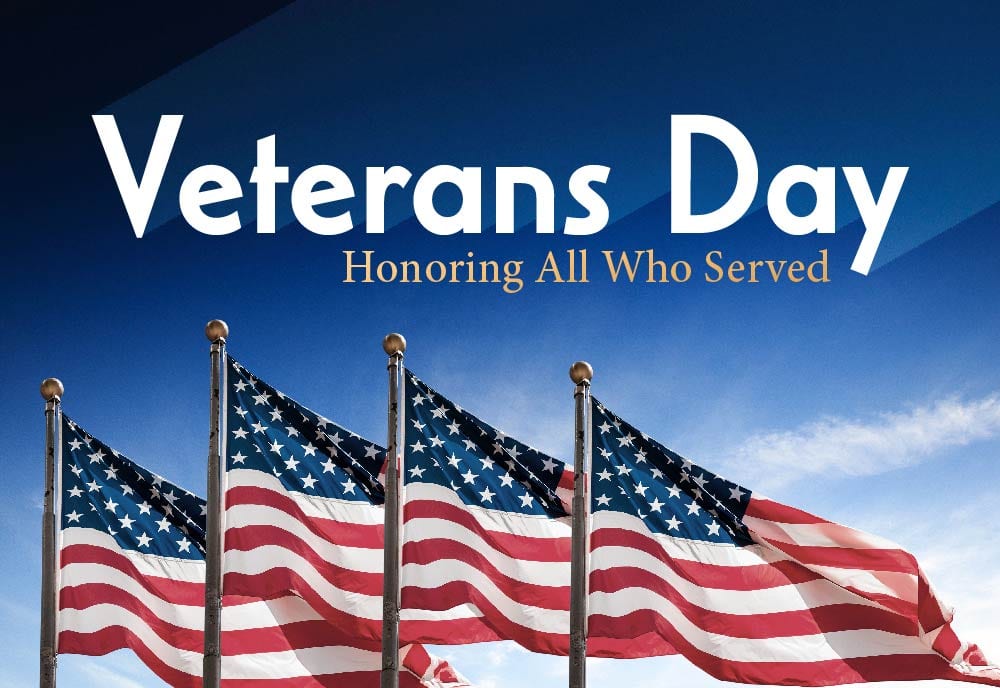 “This nation will remain the Land of the Free only so long as it is the Home of the Brave.”  – Elmer Davis

Veterans Day began in 1919 as Armistice Day, marking the date when Germany and the allies signed an agreement in 1918 to cease World War I hostilities. Earlier in 1919, President Woodrow Wilson proclaimed Nov. 11 as the first commemoration of Armistice Day, saying: “To us in America, the reflections of Armistice Day will be filled with solemn pride in the heroism of those who died in the country’s service and with gratitude for the victory.”

Veteran’s Day wasn’t recognized as a legal holiday until 1938 when an act of Congress made it official. After World War II, a movement encouraged President Dwight Eisenhower to sign a law that changed Armistice Day to Veterans Day to honor all veterans, both then and now.

This year, Macon County will celebrate Veteran’s Day a little different than in past years. Rather than a guest speaker, the 2017 Veteran’s Day celebration will be a musical one. The Town of Franklin will hold a parade from town hall up Main Street beginning at 10:30 a.m. The parade will feature veterans from wars dating back to World War II. The parade will end on the town square where the annual ceremony will feature music from the FHS Band and special music from Blue Ridge, Franklin High School’s B Naturals, and the White Sisters.

After the town’s Veteran’s Day Celebration on the square, Macon County will host a dedication ceremony for the Charters of Freedom on the courthouse square.

Foundation Forward works to bring the Charters of Freedom, which includes the Declaration of Independence, Bill of Rights, and the Constitution,  to local communities in life-size replicas of the monuments in the National Archives. Charters of Freedom monuments are traditionally placed in a location central to the community, with 24-hour access, high visibility, high foot traffic, and easy access for school children. County officials decided that the courthouse house square would be the optimum location for the monuments with high visibility and easy public access.

Since the first monuments were built in Burke County, the monuments have been replicated throughout North Carolina and have also been constructed in other states in the country. Most recently, Foundation Forward has worked with Jackson and Swain counties to construct monuments displaying the Charters of Freedom.