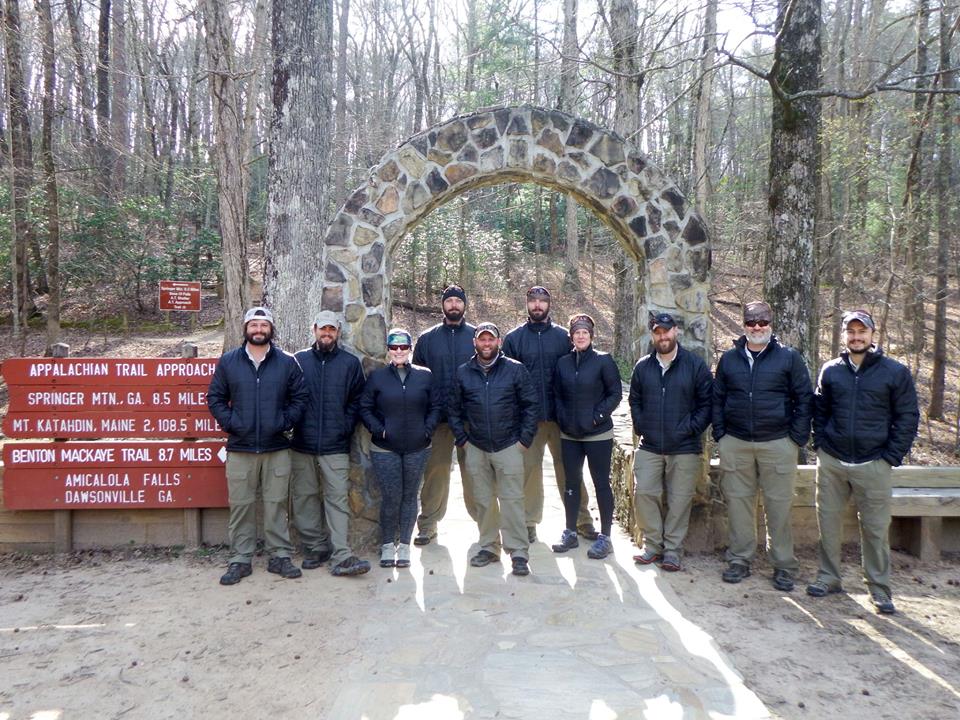 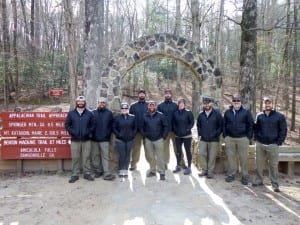 Soldiers returning home from battle historically would have a long journey home. After fighting a campaign abroad, military units would have time to process their wartime experiences and during the journey, find ways to come to terms with the things they endured. With modes of transportation today, military personnel can be on their own doorsteps days after finishing combat overseas.

With more than 2.5 million veterans returning home from Iraq and Afghanistan since 2001, and the Department of Veteran Affairs reporting that 20 percent of these veterans suffer from Post Traumatic Stress Disorder, soldiers may not always have the opportunity to transition from their experiences.

After hiking all 2,185 miles of the Appalachian Trail, when he returned home from deployments to Iraq and Afghanistan in 2012, Sean Gobin gained clarity and support that he wanted to extend to veterans across the county, leading him to establish Warrior Expeditions. Gobin took the therapeutic effects he experienced first hand doing his long distance hike of the AT, to develop a network of experiences across the country to support combat veterans’ transition from their military service back into civilian life.

Gobin’s decision to hike the trail wasn’t the first time a veteran found solace on the trail. Earl Shaffer, who in 1948, told a friend he was going to “walk off the war” after World War II, finished the hike four months later to become the first person to hike the entire length of the AT from Georgia to Maine. Since its inception, Warrior Expeditions has grown to include the Warrior Hike which follows trails all over the United States, the Warrior Bike, and Warrior Paddle programs, all geared toward helping combat veterans return home.

Since the first class of Warrior Hikers left Springer Mountain, Ga., headed for Maine,  the group of hikers have been hosted each year in Franklin by the American Legion Post 108 and VFW Post 7739. Gobin organizes weekly trail town stops throughout the more than 2,000 miles of the AT, where locals give the hikers a hot meal and a chance to take a shower and sleep in a real bed. Last year, Vietnam Veteran Robert Mencia said that it wasn’t until he stopped in Franklin and met fellow veterans that he truly felt welcomed home after the war.

The 2016 class of Warrior Hikers left Springer Mountain on Monday and are scheduled to stop in Franklin on April 1 and 2. The group includes10 veterans who have served in Kuwait, Iraq and Afghanistan and represent all four branches of the military.

Joshua Bridger served in the United States Marine Corps as an Infantry Rifleman from 2005-2009 with deployments to Iraq. Bridger’s hometown is Tonawanda, N.Y.

Diana Brown is hiking the trail from her hometown of Mansfield, Ohio. Brown served in the United States Air Force in security forces from 1980-2007. Brown served deployments in both Kuwait and Afghanistan.

Daniel Brumbles served as a Scout Sniper in the United States Marine Corps from 2003-2007 and served deployments in Iraq. Brumbles’ hometown is Hermitage, Tenn.

Andrew Clark left his hometown of Worcester, Mass. to serve in the Security Forces for the United States Air Force from 2005-2016.  During his service in the military, Clark was deployed to Iraq.

Jonathan Knepper served as an Infantry Rifleman from 2010 to 2014 in the United States Marine Corps. While serving in the military, Knepper was deployed to Afghanistan. Knepper’s hometown is Perrysburg, Ohio.

Brandon Ramos served in the United States Navy from 2002-2007 as a Construction Mechanic. Leaving his hometown of Alexandria, Va., to serve in the military, Ramos was deployed to Iraq during his tenure with the military.

Thomas Seal was deployed to Iraq while serving in the United States Army as a CH-47D Pilot from 1996-2015.

Travis Seal was deployed to Iraq during his service as a CH-47D Pilot for the United States Army from 1996-2014.

Barbara Sim served in the United States Marine Corps from 2005-2009 where she served as a Landing Support Specialist while deployed to Iraq. Sim’s hometown is Ladson, S.C.

Cody Yates was deployed to both Iraq and Afghanistan while serving in the Military Police for the United States Army from 1996-2016. Yates is from Fort Drum, N.Y.

The group is expected to be in Franklin on Friday, April 1, where VFW Post 7339 will host the veterans for a pizza dinner. On Saturday, April 2, at 11:30 a.m., The American Legion Post 108 will host a community lunch for the public to welcome the hikers to Franklin. Each of the hikers will be presented with Quilts of Valor for the dedication and service to the United States. The lunch is free and the public is invited to attend. While the American Legion will be providing the lunch to the community free of charge, the public is encouraged to provide donations that will be given to the hikers to help cover the cost of their expenses during their journey.