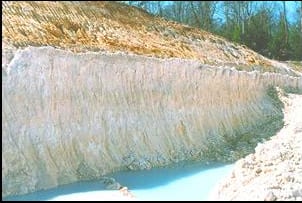 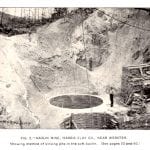 The draw of Macon County’s high peaks and lush valleys has enticed explorers and seasonal travelers alike for generations. Yet some have come not just interested in partaking visually of the area’s beauty but actually removing some of it.

Such was the case even before the New World became the United States of America.

Charleston, S.C., had already been established by English colonists as a major seaport – named then as Charles Town for England’s King Charles II. Thomas Griffith traveled from England to Charleston to Macon County expressly for his employer, Josiah Wedgwood, known as the “Father of English Potters.” In his late 20s Wedgwood began experimenting with clay and quickly revolutionized the porcelain industry with his renowned artistic and scientific approaches. In fact, three of his original bodies of work, “Queen’s Ware” (1762), “Black Basalt” (1768), and “Jasper” (1774) remain famous to this day, and versions of “Jasper” can still be purchased as china place settings.

Wedgwood’s 1767 mission for Griffith was to seek a white clay, called kaolin, reportedly used by the Cherokee in the Western North Carolina Mountains. Wedgwood tasked Griffith with negotiating a deal with the Cherokee that would allow removal of five to six tons of the valuable white clay.

Kaolin, also called china clay, is a soft white clay originally sought as an essential ingredient in the manufacture of china and porcelain. In the early 1700s, a French Jesuit missionary supposedly discovered the clay while in China. He sent some back to Europe and it was determined that kaolin retained well certain forms and characteristics when it was fired at extremely high temperatures. Plus, kaolin was considered the only clay from which a translucent, glassy, hard, white ceramic could be made.

“The notes and accounts of Griffith’s arduous journey offer a fascinating glimpse of society, trade, and Indian-white relations in the Carolina backcountry before the Revolution,” wrote William L. Anderson in an October 1986 edition of The North Carolina Historical Review.

Griffith, in fact, journeyed to Macon County when there were essentially no roads, and very few towns existed along the way from which to resupply. “Cherokee Clay, from Duché to Wedgwood: The Journal of Thomas Griffiths, 1767-1768” further conveys: “The story of why Wedgwood sent Griffith on this mission also yields important information on the pottery industry in western Europe, an industry forever since closely identified with the name Wedgwood.”

Papers on file at the Macon County Historical Museum on Main Street in Franklin include a copy of Griffith’s 1767 journal in which he wrote, “The Indians set a high value on the white earth: however, I sent for a linguist, and after strong talk which lasted near four hours, we settled matters …” 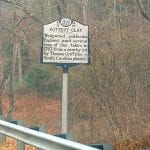 On the day Griffith left Macon County, Dec. 23, 1767, he wrote, “I took my leave of this cold and mountainous country and went off with the pack horses for Fort Prince George, but the frosty weather breaking and the mountain paths being very narrow and slippery, we killed and spoiled some of the best horses, and at last my own slipped down and rolled several times over me; but I saved myself by laying hold of a young tree and the poor beast tumbled into the creek and was spoiled. This was an unlucky circumstance, as I had then several hundred miles to travel, besides the loss of a fine young Cherokee horse.”

It took Griffith until March to reach Charleston. 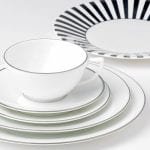 Wedgwood, apparently enamored with the fine white clay painstakingly brought to him by his agent, used the kaolin to make medallions and cameos, as well as “Jasper,” a porcelaneous [strong] stoneware.

Though Anderson wrote that no other attempts were made by Griffith to secure more kaolin for Wedgwood, due to the arduousness of the journey to Macon County and back to Charleston with horse-drawn heavy-laden wagons – not to mention the trip across the Atlantic. The exorbitant cost involved in collecting and shipping the clay was another deterrent. However, Griffith’s original trip spotlighted the importance of the clay.

In1888, systematic mining began near Webster in Jackson County, and by 1900 North Carolina had become a significant producer with tonnage sent to Trenton, N.J.

Currently, kaolin “is recovered as a byproduct of feldspar and mica beneficiation in Avery and Cleveland counties,” according to a N.C. Environmental Quality Overview. Instead of being used for the crafting of fine porcelain, today’s American-mined kaolin is often used in the production of white-colored bricks.

Griffith did not stop and mine kaolin in Georgia, yet the nearby state is a modern kaolin leader. A Business & Economy entry in the New Georgia Encyclopedia states: “Kaolin is one of Georgia’s largest natural resources. According to the U.S. Geological Survey, more than 8 million metric tons of kaolin is mined from Georgia each year, with an estimated value of more than $1 billion. Georgia is by far the leading clay-producing state in America and is recognized as a world leader in the mining, production, processing, and application of kaolin products.”

Although it is uncertain exactly where Griffith mined the kaolin for Wedgwood, whether the Snow Hill Road area, where there is a North Carolina Historical Marker, #Q36, or perhaps a few miles from downtown Franklin toward Burningtown, there is no doubt that the Brit was stationed in Macon County for a time. And the repercussions of his long-ago visit still resonates with potters and history buffs alike, though Frank Vickery, director of ceramics at The Bascom, A Center for the Visual Arts, Highlands, knows of no potters currently using pure kaolin.

“Pure kaolin is what porcelain is made of … meaning there is no iron involved on the site,” he said, explaining that Wedgwood was after the pure stuff, not the kaolin that picks up iron as parts of a kaolin rich site erodes, get washed away, and is deposited. “Clays today are a blend of several different kinds of clay.”

Vickery added, “But there is a big movement in the contemporary ceramic field of sourcing your own clay, so if someone finds a vein, they might purchase the property and process the clay to take out the impurities. However, there is a lot of time and expense involved in doing that.”

Collins: Trip to Denmark will encourage students to broaden their horizons