Communities in the vicinity of Windy Gap Road, having endured consulting studies, balloon tests, public hearings and actual construction of a cell tower in the summer of 2017, may now have a glimmer of hope that a signal is forthcoming from Verizon Wireless.

Craig Clifton, Senior Vice President at Apex Towers’ satellite office in North Tazewell, Va., provided an update on Verizon completing its work to provide the signal. While Apex Towers’ website states: “Mobile video, social media and smartphones are driving the wireless industry’s growth,” residents in the affected areas here experienced a standstill due to amendments by Verizon. Once a wireless carrier signs on as a tenant, Apex manages the entire process from initial development to zoning and construction, but they honor a provider’s due diligence.

“We’re in process of completing an amendment [with Verizon],” said Clifton.  “With the conclusion of the amendment, we fully expect Verizon to complete the changes they are planning to do to propagate the signal. They are a very black and white type of organization. They make sure it is exactly what they want it to do and be before they begin. They want to have a site work to its fullest potential before they turn it on.”

Clifton says Verizon had recently experienced some technology updates which is common in the industry. Often they work with clients, the tower is built and “boom” it is immediately propagated. In other instances, the work is caught up in technology upgrades as in this case.

“We have had a lot of sites over the years – 18+ years,” said Clifton. “As soon as they have it, they are there to hook up, ‘boom boom.’ Other times, it is where the evolution of technology is changing and it keeps them . . . [working with] a certain matrix . . . to make sure it meets their needs. Each of those matrices will have minimums and maximums, and they are trying to maximum what the site can do.

Whether it is fiber-related or micro-related, the instantaneous signal that the carriers are wanting to provide the end-user is very important to them.”

Clifton understands both sides but vouches for the integrity Verizon wants to provide so that at the end of the day the site will be optimized at the best possible speed.

“They are doing their due diligence. It may not be to the speed of everyone who wants it to be, but they [Verizon] take their scope of work seriously.”

Apex has worked with many different carriers and is continuing to market this site to other carriers. They had originally planned for it to be an AT&T site.

“With the emergence of AT&T becoming active again, we hope AT&T will come back around to it,” said Clifton.

Background – Apex and the Town of Franklin

A public hearing was held at the Town of Franklin’s Sept. 8, 2015 Board of Aldermen’s meeting concerning a new cell tower slated for Windy Gap Road in Franklin. There was one objection recorded from Harley Carpenter, representing his father, Evelyn Greer. They were concerned that the tower would decrease the value of Greer’s property, reducing his ability to sell. However, he was willing to sell his entire 11-acre parcel to Apex and “be out of the equation.” Another citizen, Drew Solesbee signed on the wrong list, not recognizing it until the public session was closed, so he was unable to voice his concern for or against the proposed tower.

One other neighbor who wanted to remain anonymous recently stated the tower has not been a nuisance – rather a disappointment since it is not active – and others had voiced similar offers for the tower to be on their property. While some in the community have managed to acquire a signal by other means rather than through Verizon as negotiated by the builder Apex Towers and the Town of Franklin, there are still others with sparse or no signal. Another anonymous person reported on a wireless signal website:  “New tower off Windy Gap Rd atop hill East of windy gap Baptist church. Who is putting equipment on it? Hope it is AT&T as I now get NO service in Burning Town.”

Apex consultant Harold Timmons of H. Timmons Consulting and Town of Franklin consultant H. Rusty Monroe of Carolina Telecommunications Services made their compelling presentations at the public hearing. Timmons worked with Apex and the town to identify future coverage needs, select the best site location, conduct site studies and balloon tests, and work with property owners on leasehold options. Monroe worked on behalf of the town to ensure all questions were answered, all information was acquired, and all regulations were in compliance with the Wireless Telecommunications Facilities Siting Ordinance for the Town of Franklin (Wireless Telecom Ordinance). The ordinance may be accessed on the Town’s website.

Timmons noted that Apex felt comfortable they had chosen the best location and had received a letter of support from the town of Franklin’s fire chief. “We have provided everything that the ordinance requires, submitting a safety statement as well,” said Timmons.

Monroe cited no negative comments and recommended approval of the Special Use Permit with conditions that were provided.

Apex’s Clifton specified some of his  interactions with the community.

“I have taken a series of calls over the last year regarding this site,” said Clifton. “Going back further than that, [we] were working with Harold to gain zoning approval, [and worked] at the leased property with Mr. Ledford. Then there was a delay in the budget for the carrier to use the site. But during that time, I have spoken with citizens and the county and basically relayed the same information. [It’s] a matter of checking all the boxes, and sometimes the computer model [doesn’t perform as expected]. At the end of the day, we govern on the equipment that goes on the tower. We do so so that we can make sure the integrity of the tower is not diminished.” Clifton said he would be surprised if propagation by Verizon does not occur by the third quarter of 2018. 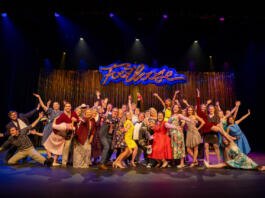 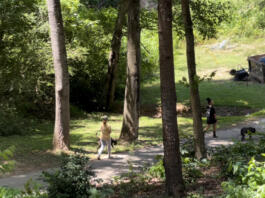 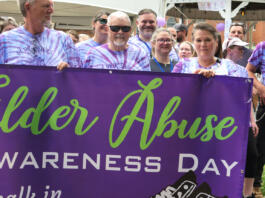