With the push for towns and cities to become more compatible with technology for “next generation,” the Town of Franklin Planning Board is forging ahead with the small cell sites addition to the Chapter 152 Wireless Telecom Facilities Ordinance (WTFO).

The public was absent from the March 19 meeting and may take for granted the intricacies behind many everyday conveniences.  Everything from cordless telephones to GPS units, garage door openers, satellite television, and wireless devices such as keyboards and mice depend on wireless communication.  Specific to this meeting, however, was the final Small Cell Sites revision to improve coverage and speed for cell phone users.

Harris guided the Board through the definitions section, with questions mostly directed to Town Planner Justin Setser for clarification.  “John did say that this new version he thought was sound in the way we were going with the general statute and [also] it modeling the changes The Town of Cary [N.C.] had done, which they approved,” said Setser.

High on the list of concerns discussed among the Board were consideration of future historic districts to preserve integrity of existing structures, particularly in a given area of Main Street; maintenance of new structures by applicant/owners; and safety issues.   Language was adjusted slightly to reflect conversation last month about not wanting equipment on a section of lights on Main Street.

Prior to finalization, Setser noted further research would be required.

“When you get into the historic districts, some towns across the state have Certificates of Appropriateness approved by a Planning Board or a Review Board,” said Setser.  He compared this similarity to areas where someone would want to make a change to a historic building.

“Sounds like we have to go back and change the UDO [Town of Franklin Unified Development Ordinance] and would need to adopt further regulation to make this effective,” said Janet Greene.  But, she also wanted to be sure the regulations would not “take the teeth” out of the WTFO draft.

Abandonment by the original applicant was also addressed, and Setser referred the Board to the original ordinance about removal on pages 21 through 22.

Language affecting safety was of particular interest to the Board.  Section 154.31 that regulates rights-of-way, pole placement, and dimensions met with Board approval.  It was decided to add the word “monopole” to this section to ensure applicability to all types of poles.

Susie Ledford questioned the terminology “clear zone,” noting it was not in the definitions.  Harris said the language would be inserted from the Town of Cary document but tailored to Franklin.  “Clear zone is defined by the Federal Highway Administration.  Dimensions of the clear zone are generally based on the speed limit of the road,” said Harris.  He stated something should be added to the Town of Franklin Standard Specifications and Details Manual, pending further adoption.

Prohibition of frequency or signal interference with public safety devices such as police radios, fire radios, and Emergency Management Systems under Section 154.31 was also reiterated.

To protect the property owner and ensure consent has been given to make an application, the Board decided to add a new line under the Applicability section similar to the one on Special Use Permits.

While several definitions were changed, the most impactful: Alderman was changed to Town Council throughout the document; Application was revised to add a sentence for collocation – the new terminology used today. Additional language was inserted:  “The term includes any request submitted for a permit to collocate wireless facilities or to approve the installation, modification, or replacement of a utility pole, town utility pole, or wireless support structure;” Antennae had the full definition stricken and replaced with “Communications equipment that transmits, receives, or transmits and receives electromagnetic radio signals used in the provision of all types of wireless communication services”; Base Station had changed “station” to “structure” within the definition body and expands definition of equipment, covering private broadcast and public safety services as well as unlicensed wireless services and fixed wireless services such as microwave backhaul. The affected equipment includes, but is not limited to, “radio transceivers, antennae, coaxial or fiber-optic cable, regular and back-up power supplies, and comparable equipment.”

Prevalent throughout the Ordinance, Co-location was updated throughout the document to the modern term – “Collocation” which refers to “the placement or installation of wireless facilities on existing structures, including electrical transmission towers, buildings, and other structures capable of structurally supporting the attachment of wireless facilities in compliance with applicable codes.”

Setser fielded questions about the difference in a monopole, utility pole, and a town utility pole, referring to Section 154.03 Definitions for clarification.

“I don’t think the Town really owns any poles except on Town property such as behind the fire station.  However, the language is here if the Town decides it would have poles in the future,” said Setser

How WTFO Will Affect Citizens

Telecommunications specialists project a six-fold increase in mobile data traffic by 2020.  To accommodate this increased demand, Franklin is among municipalities in North Carolina and the nation recognizing the need to supplement present cell tower sites with small cell installations.   “The locations would probably all have an address; it would be worked out with 911, said Setser.  “They have some internal addresses.  Like all the fire hydrants have addresses.  It would get an address, or if somebody called and their cell signal bounced off that pole, and it has its address, you will know it’s in that area.”

Peter Mosco addressed fees that will be paid by applicants, and Setser shared a statement from the Town Attorney.  “In the fees section, he [Henning] said he would recommend an addition saying that fees would be permitted by law and that we will fill the fees in by law,” said Setser.

The Planning Board voted to adopt the final draft of the WTFO pending the changes and approval by Henning and the Town Council.

“Since the final hearing is postponed until April, if John is okay with the recommendations, we can make the changes and adopt the final draft of this,” said Harris.

The due diligence put forth by the Planning Board members, and the Town Attorney, and their microscopic review is an indication that while an investment in small cells is encouraged, constituent safety and reasonable management of regulatory improvements remains key. 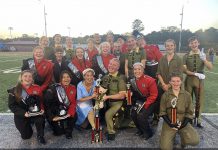 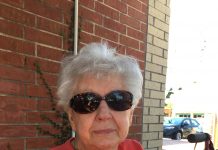