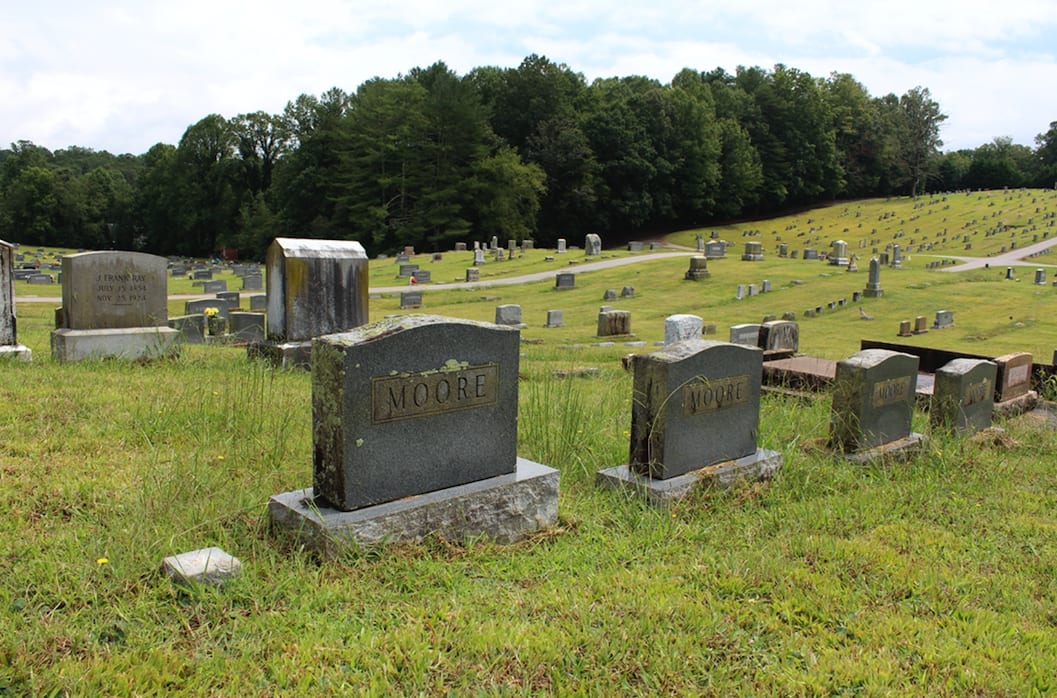 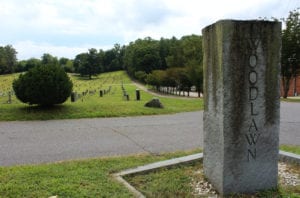 The Franklin Cemetery Association Board of Trustees met Tuesday night to discuss maintenance and perpetual care concerns of Woodlawn Cemetery that have come to the forefront over the last few weeks.

Richard Jones, chairman of the Franklin Cemetery Association, has served on the board since 1972. The association dates back to 1925 with the mission of longterm maintenance and care for Woodlawn Cemetery. Members of the association are second-generation stakeholders, who have a vested interest in the cemetery and its preservation. Jones himself took over the responsibility from his uncle, but funding problems and a dramatic decline in revenues, left the fate of the cemetery uncertain.

Tuesday night, the Board of Trustees met to formulate a plan to answer questions from the public about the maintenance of the grounds. There are approximately 26 acres in the Woodlawn Cemetery area on the south side of old Murphy Road. Of that, all except approximately 6.89 acres, which has not yet been developed and/or has not been sold for grave sites, is in the actual cemetery burial area. There have been 1,406.25 four-grave lots sold, which results in 5,625 individual gravesites. In the columbarium site, 63 niches have been sold and two lots in the mausoleum area have been sold. Approximately 450 grave spaces are still remaining and available for sale.

Jones noted that the cemetery also owns two separate tracts containing 11.5 acres on the north side of old Murphy Road. That tract does have a house on one portion and both portions are encumbered with purchase money mortgages and/or bank loans. As of Tuesday night, the excess properties are being eyed as a possible solution to the problem.

“The game plan at the present time is to seek a reasonable sale of some of the excess properties that the association purchased back in 2006, at a time when everything was ‘rosy,’” said Jones. “We are still paying for some of those properties and are struggling to do so. The Cemetery Association met Tuesday afternoon and there was extensive discussion of other possibilities for raising additional funds to get us through the remainder of this year.”

Among the things discussed, Jones said members pondered seeking contributions from the citizens of Macon County, especially the families of those who have loved ones interred in the cemetery.

“We also plan to seek help from the Town of Franklin and Macon County, each of which will again be approached in the following month,” said Jones.

Last fall, the association approached both the town and county asking for help maintaining the property, but both organizations declined. Macon County, which is home to more than 80 cemeteries and graveyards noted that if they cared for one, they would have to care for them all and it wasn’t financially feasible for taxpayers to do so.

The association is open to hearing from the public and will take all suggestions.

“We will welcome all assistance and/or suggestions for solving our problems,” said Jones. “We appreciate your interest in Woodlawn Cemetery and the Franklin Cemetery Association is particularly appreciative to the members of the community which have already provided much help, both monetarily and personally through their efforts and energy.”

According to Jones, the cost of mowing the grounds is between $2,200 and $2,500 per month. There are additional upkeep costs for bush-hogging, shrubbery trimming and for doing road repair and removing dead trees.

The association has been trying to maintain year-to-year, with the trend beginning 10 years ago.

“The decline in the revenues to the cemetery versus the expenditures began approximately 2007 – the beginning of the last recession that this area is just recovering from,” explained Jones. “There were two primary reasons for the reversal of financial condition for the cemetery. First, the interest rate on the invested funds went from approximately 6% to 8% on investments to 1% to 2% return, and less than that on money just in the bank.”

Maintenance on the plots in the cemetery is guaranteed in the Cemetery Rules and Regulations which states, “Perpetual care of the grounds is provided by the Trustees. No individual care, including seeding, fertilizing, watering or mowing shall be performed upon any individual site or lot.”

With the perpetual care fund drying up, individual families and groups have taken it upon themselves to look after their family plots, something Jones said they have been thankful for.

“Although the rules of the Cemetery Association do not allow individual efforts at maintaining individual grave sites, since the monies ran out and we were unable to pay the necessary expenses to continue mowing, (sometimes as much as $1,500 per week after the grass started growing and it was necessary to be cut once a week), the Board of Trustees elected to not enforce that restriction and the Cemetery Association,” said Jones. “And, I am sure, the whole community appreciates the willingness of individual families to take over and share the burden of maintaining, at least, portions of the cemetery.”

A long term solution has to be sought because the perpetual care fund is virtually non-existent.

“Since most of the funds available were the Perpetual Funds (the principal of which is not subject to expenditure), those funds must be invested in ultra-safe investments in order to reduce any risk of loss – therefore, the rate of return is even less,’ said Jones. “The income from our perpetual care asset ($207,760.50) which, at about 3.5 percent is a little more than $7,000 per year and will not nearly pay the cost of maintaining the cemetery.”

Jones said the cemetery has expended all of their reserves in the last five or six years. “This does not include the perpetual care funds,” he said. “They cannot be expended – they are there in trust – to provide a source of income (dividends and interest) for use in maintenance. We are spending from that account only the income, not the principal, to be used for maintenance of the cemetery.”

The nonprofit association isn’t subject to income tax but does have to pay local taxes, which have not been paid in the last several years due to a lack of funding.

The other issue comes in a dramatic shift in their end-of-life arrangements.

“Secondly, there was a serious change in the demand for cemetery lots,” said Jones. “More and more people had their remains cremated and, therefore, it was not necessary to bury them – most of them had the ashes spread over the back yard, in the woods, in the lake or the mountains.”

According to the National Funeral Directors Association, the rate of cremation was at an all

The NFDA reports that several factors contribute to the changing rate of cremation and burial in the U.S., including:

– Religion. Non-religious Americans are the most likely to consider cremation for family and friends (23 percent in 2015). In fact, since 2012, the percent of Americans who feel it is very important to have religion as part of a funeral has decreased from 49.5 percent to 39.5 percent.

– Age. The aging of the American population has a direct impact on the funeral profession. In 2011, the Baby Boomer generation began turning 65, and by 2030, all Boomers will be age 65 and older. Individuals between the ages of 65 and 79 account for 27.7 percent of funeral service marketplace, and individuals 80 and older account for 46.1 percent of the marketplace. Individuals 80 years old and older are less likely to be cremated and more likely to opt for burial.

Tom Wanson gives a life of service as a Command...