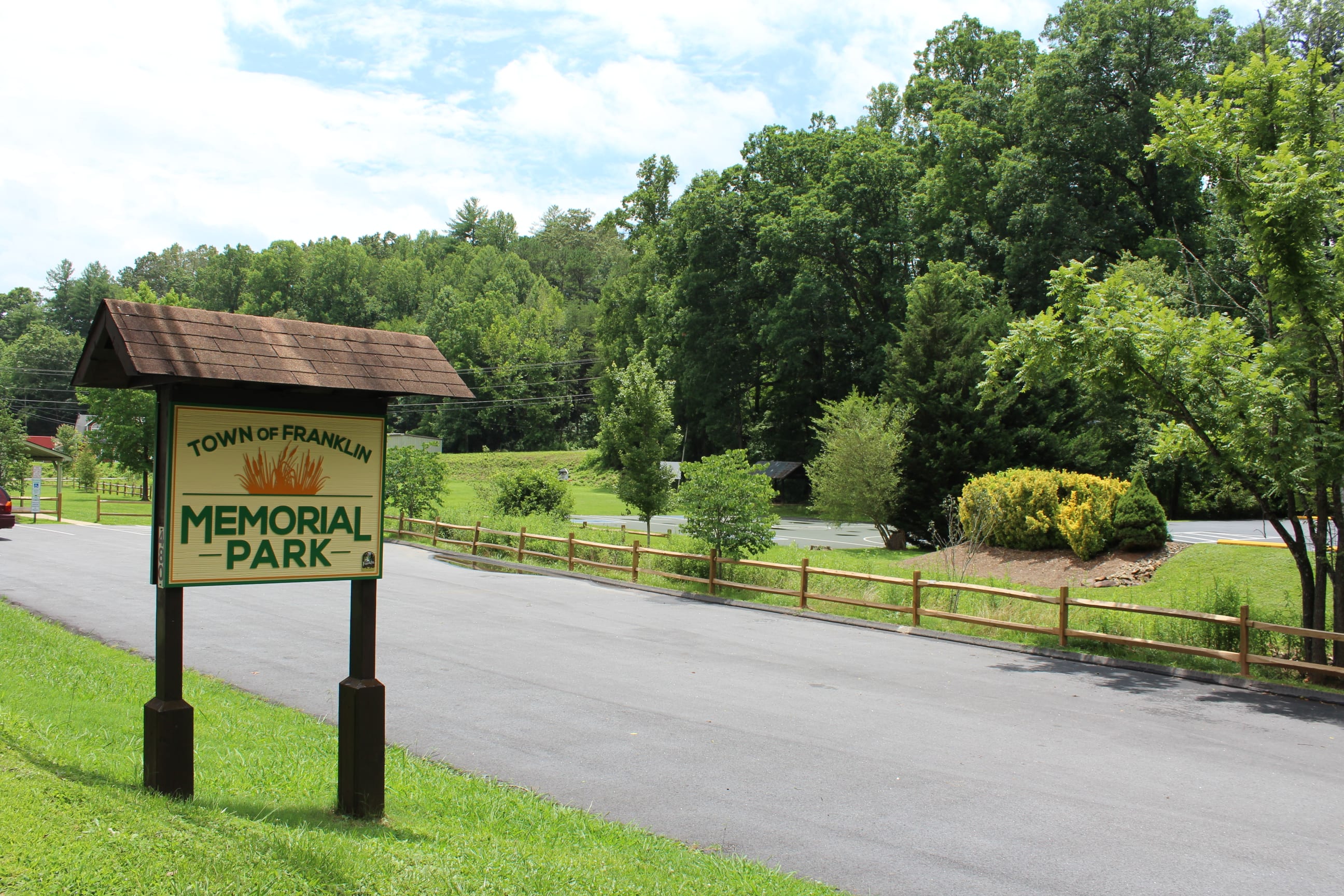 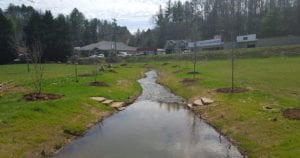 In July 2014, the town of Franklin applied for grant funding through Duke Energy to repair the stream banks of Crawford Branch, which runs through the Franklin Memorial Park on the west end of town. Mainspring Conservation Trust has described Crawford Branch as the most degraded tributary to the Little Tennessee River. The riverbank was cattywampus and the streamline was virtually nonexistent. Franklin was awarded the $20,000 grant and matched the grant with an additional $22,000 in funds and in-kind funding to begin restoration on the stream. 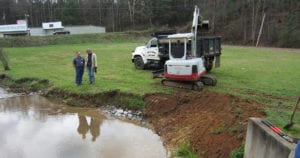 which was broken up into three phases.

Phase 1 involved repairing and sloping of the river banks with matting and native live stakes and plantings. Phase 2 included building a fence to define a mow line and native tree plantings.

Finally, phase 3 included a rain garden to treat parking lot runoff before entering Crawford Branch and removal of a culvert with a bridge to cross Crawford branch. 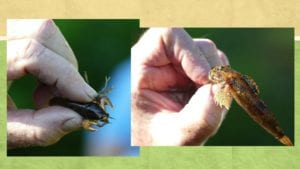 The Park includes approximately 580 linear feet of Crawford Branch, within a highly visible area which receives heavy public use. The riparian (streamside) area within the park was almost exclusively devoid of woody vegetation, and as a result, the banks along much of the stream were unstable and contributed significant sediment to the stream during storm events. The stream was eroded and was wider and shallower than it is now that the restoration is complete. The stream was lacking a root base along the bank for stabilization and had no shade to cool the stream for healthy habitats.

Town Planner Justin Setser updated the town council on Monday night and said that in just a year’s time, the restoration project has increased the fish habitat in the stream and has sustained 15 different species of native trees along the banks. 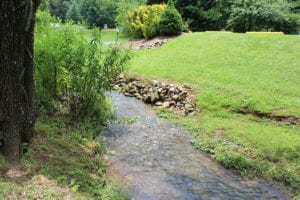 habitat. Setser noted that each of the trees have tags that identify the tree, an important educational component added to Crawford Branch during the restoration.

“A stream health study has been conducted every year for the past 17 years and for the past 16 years, the stream has scored either poor or very poor in the Biotic Integrity rankings” said Setser. “In just one year, the stream’s health raised eight points to place it in the fair ranking category. Three hundred and thirty-four fish of seven different species were collected, identified, and released from the stream.” 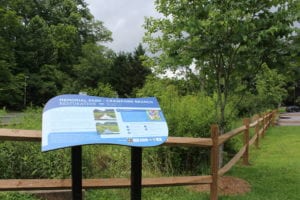 Setser also noted that last year, the study showed a high number of disease and parasites found on crayfish and fish, but this year, no disease or parasites were recorded.

Informational signs were installed around the Memorial Park to educate the community on the branch and the restoration project. While the project has made leaps and bounds in the last year, Setser said there is still more to be done. He hopes to have watershed signage added to the property, bridge repair over the walkway of the stream, a pet waste station to encourage pet owners to clean up after their pets, and fish habitat signage to further the park’s educational component.

Mainspring Conservation partners with Jackson County to preserve 300 acres for...