I have a friend whose wife is obsessive about the color of yellow.  Their entire house inside and out was decorated in shades of yellow.  They both became very interested in horticulture.  Predictably their plant choices all had the same theme – yellow.  She got so excited when Wayside Gardens first offered a yellow-blooming Magnolia, a variety named “Elizabeth,” It was placed next to the foundation of their house.  Its blooms disappeared next to the yellow stucco.  Of course, they had a Yellowwood tree.

There is nothing yellow about the Yellowwood tree except its freshly cut wood is yellow and its leaves in the fall turn a beautiful bright yellow. Its blooms are white.

At a party with horticultural friends one night we made a list of the 10 most beautiful trees in our collective opinions.  The expected were listed: Dogwoods, Cherry, Magnolia, Grancy Gray-beard and so on.  Not one person mentioned Yellowwood.  But look at the photo recently made of one of the Franklin’s Yellowwoods.  Had my friends seen this tree in full bloom it would have bumped its way towards the top of the 10 favorites.

Unwittingly, my friends with the yellow house made a spectacular choice with Yellowwood or Cladrastis kentukea  (ka-gras-tis).  Its scientific name is sometimes listed as Cladrastis lutea.  Cladrastis in Greek means brittle branch.  It is also called Gopherwood, Yellow Locust and Yellow Ash. We will let the horticulturists argue which species name is preferred.  It is native from North Carolina, Kentucky and Tennessee.

Some sources list it as rare but is a little more abundant in western North Carolina and Tennessee.  It can be found in our native forests but not often noticed because its surrounding neighbors prevent it from reaching its full dimension.  It is a moderate-size tree, 50 feet in height.  The trunk has smooth gray bark and can grow two to three feet in diameter.  The white blooms resemble wisteria.  It does have striking yellow leaf color in the Fall.

The leaves of Yellowwood have a distinct feature. There are a series of nine to 11 leaflets collectively called a compound leaf. These leaflets are in alternate positions going down the leaf stalk.  In most other trees and shrubs that have compound leaves, the leaflets are opposite to one another.

There are Japanese and Chinese related species.  Only one cultivar has been found and introduced – “Rosea.” This pink form was discovered on the campus of the Perkins Institute for the Blind in Watertown, Mass.  No one remembers where it came from.  It is rare to find this pink form available for sale.

Oddly enough, the Yellowwood produces an abundance of sap, even more than a Sugar Maple.  For a time, it was collected hoping the yellow sap could be used as a dye.  The Yellowwood heart wood is yellow which can be thinly sliced for decorative furniture veneers.

Yellowwoods produce an abundance of seedpods that resemble Red Bud seed pods. The seeds germinate easily and the seedlings come true, as the tree is self-pollinating.  Also, stem cuttings root well if taken while dormant – December is suggested by Michael Dirr.  We planted seedlings here in Franklin in 2006 and they have yet to bloom.  Dirr states he planted a seedling that had failed to bloom after 17 years.  So, try to find as a mature tree.  The books say it blooms in alternate years or every third year.  Local records which may not be complete show the Franklin’s Yellowwods bloomed in 2010, 2014, 2017 and 2020.  It is hardy from Zones 4-8.

This tree is fairly disease and insect resistant.  The one I grew in Kennesaw did get borers.  We treated it using the Hemlock Wooly Adelgid chemicals and it held its own with biannual soil drenching.  Today faced with a borer problem I would use Coretect Tablets.

I do not know who had the foresight to plant Yellowwoods in downtown Franklin.  What an awesome choice.  We should be very proud and thankful.

Karen Lawrence is a professional photographer of horticultural and wildlife subjects living Franklin. 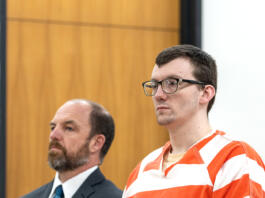 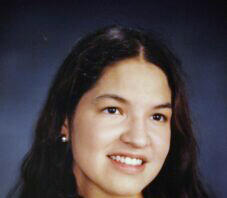 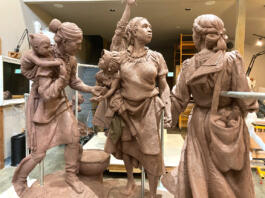